Football in Europe is showing solid signs of waking up to integrity issues, with several organisations partnering with SIGA to pioneer the reform of the industry. Sport Integrity Week 2022 saw the signing of three important documents and was the stage for powerful statements.

On Tuesday, the second day of SIW, Liga Portugal adopted the SIGA Universal Standards for good governance in Sport and committed to assessing their degree of compliance through SIRVS.

“Liga Portugal has always walked a path of rigour, transparency and integrity of competitions. We were the first sports organisation in Portugal to adopt an anti-corruption standard, and Good Governance is one of the pillars of Liga Portugal. It is an honour for Liga Portugal to continue this path with SIGA and to commit to SIGA’s integrity goals. Football is one of the most important industries in the Portuguese economy and is under increasing scrutiny. The values we share with SIGA allow us to strongly defend the integrity and transparency of competitions.”

This commitment followed a joint initiative sponsored by SIGA and the Portuguese League on the weekend preceding the Sport Integrity Week: the captains of all 1st and 2nd tier teams signed a letter for integrity. 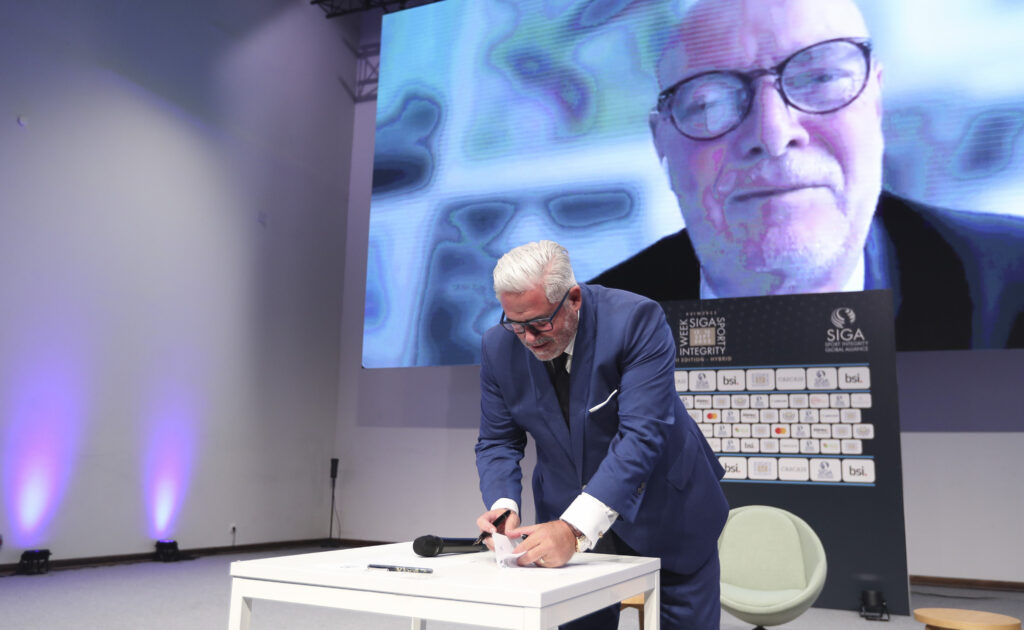 Later the same day, the Danish League, chaired by Claus Thomsen, also CEO of the European Leagues, committed to collaborating with SIGA on matters of integrity in Sport by signing an MoU. 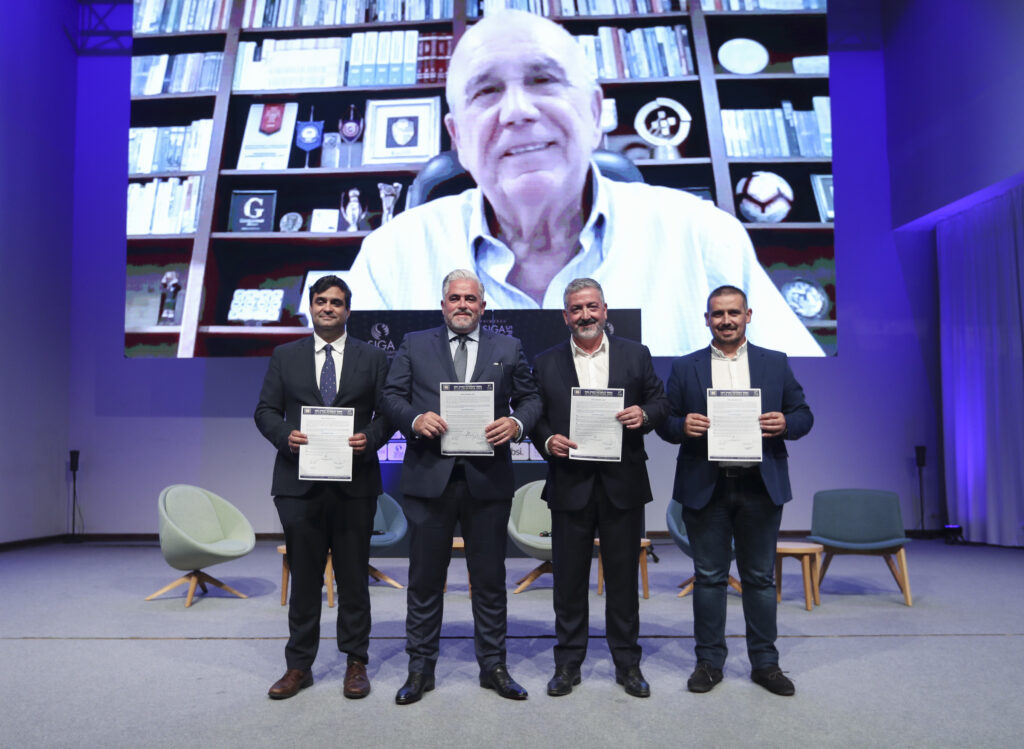 Together with SIGA, representatives from the 4 organisations sealed the first Sport Integrity Pact, and announced their pledge to advance, promote, adopt and actively implement Sport Integrity GOALS

“Good Governance: Sports Organisations must govern themselves and operate under the highest governance principles, including democracy, transparency, accountability and stakeholder engagement.

Outstanding Ethical Conduct: Sports Organisations, including sports executives, athletes, coaches and referees, must uphold and respect the fundamental principles of Sports ethics, which reflect the values of fair play, solidarity, respect for the rule of law, human rights, dignity, integrity, diversity and inclusiveness.

Accountability: Sports Organisations must take accountability for their own affairs and implement a zero-tolerance policy against all types of criminality (including corruption, bribery, money laundering, tax evasion, smuggling and the trafficking of minors), as well as racism, violence and all forms of abuse and discrimination.

Legality: Whilst recognising Sports’ specific nature and autonomy, Sports Organisations must respect and comply with all applicable laws and regulations in the governance, regulation and administration of Sport.

Scrutiny: Sports Organisations must implement and comply with the SIGA Universal Standards on Sport Integrity and be independently scrutinised through SIRVS.”

Other sports organisations around the Globe are invited and will be welcome to join this Pact, adding their signature and commitment.

UEFA CALLS ON ALL ORGANISATIONS TO JOIN SIGA

Aleksander Ceferin, UEFA’s President, addressed the Sport Integrity Week 2022 delegates to vouch for SIGA’s action. The leader of the European Football Governing Body reaffirmed personal and institutional commitment to the partnership signed with SIGA in 2019, and called on all organisations to follow SIGA and UEFA’s trailblazing action toward Integrity in Football.

“When we established the partnership with SIGA, Emanuel Macedo de Medeiros (SIGA Global CEO) called us trailblazers of the Integrity of Football. I invite everyone to follow our trail. In UEFA, our member associations and other stakeholders you will always have a supportive and reliable partner in our quest to tackle assaults on Sport Integrity, and advance in good governance, ethics, and Youth Protection”, Ceferin stated.

SIGA is the world´s leading organisation for Sports Integrity. Supported by more than 200 international multi-industry supporters, we are creating a whole new landscape for the global sports industry by promoting the implementation of the highest integrity standards and delivering independent global rating and certification for Sport.

Funded by its members, SIGA is the only organisation to bring together all key stakeholder groups – Sport, Government, International Organisations, Global Business and Civil Society – from every region in the world, around one critical, fundamental Cause: to foster greater Integrity throughout Sport.

SIGA is headquartered in Geneva, Switzerland, as a non for profit association, funded by its members, and comprises of the following continental subsidiaries: SIGA AMERICA, SIGA EUROPE and SIGA LATIN AMERICA.